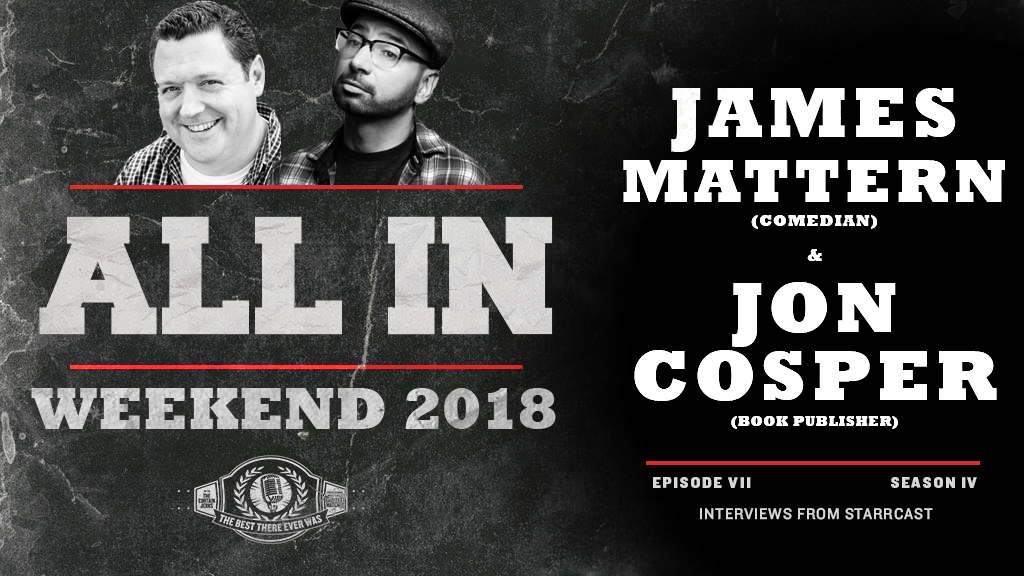 To wrap up our All In Weekend season, comedian James Mattern stops by to chat about his role in the Roast of Bruce Prichard at Starrcast and gets deep about a match that means a lot to him. Also, book publisher Jon Cosper discusses the careers of the subjects of his books including “Dr. D” David Schultz and Mad Man Pondo.

Recorded live on Podcast Row at Starrcast during All In weekend in Schaumburg, IL.

This season is comprised of interviews recorded at the Starrcast convention during All In 2018 weekend.