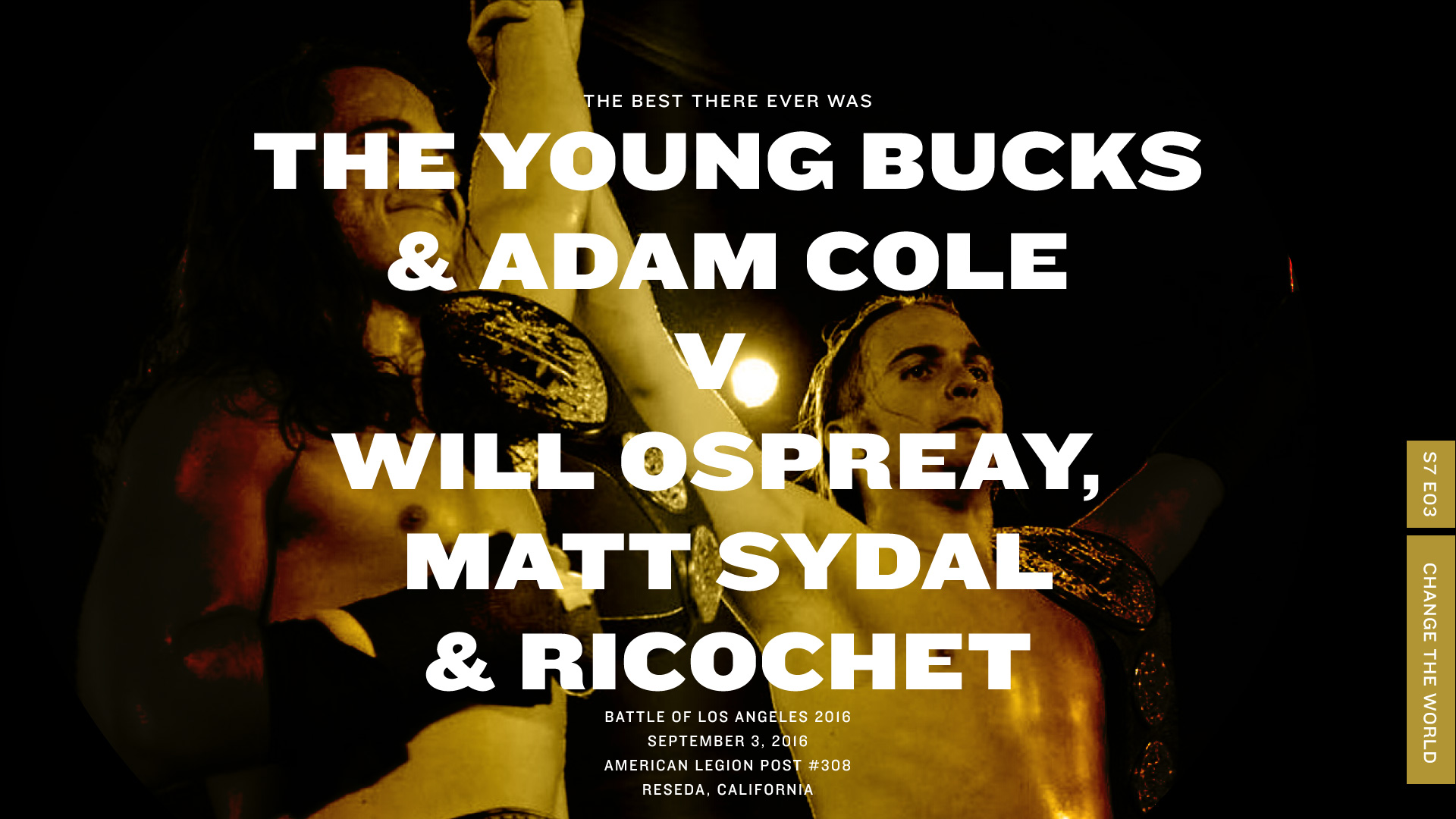 Two brothers decided they were going to help change the world. Known as The Young Bucks to most, the Jackson brothers treat their tag-team not as a side gimmick but as their primary form of art. One of their masterpieces was a 6-man tag-team match at Pro Wrestling Guerrilla’s (PWG) annual Battle of Los Angeles (BOLA) in MMXVI (2016).

Joining us to discuss is close confidant, returning guest, and host of the Predetermined podcast, Garrett Callender.