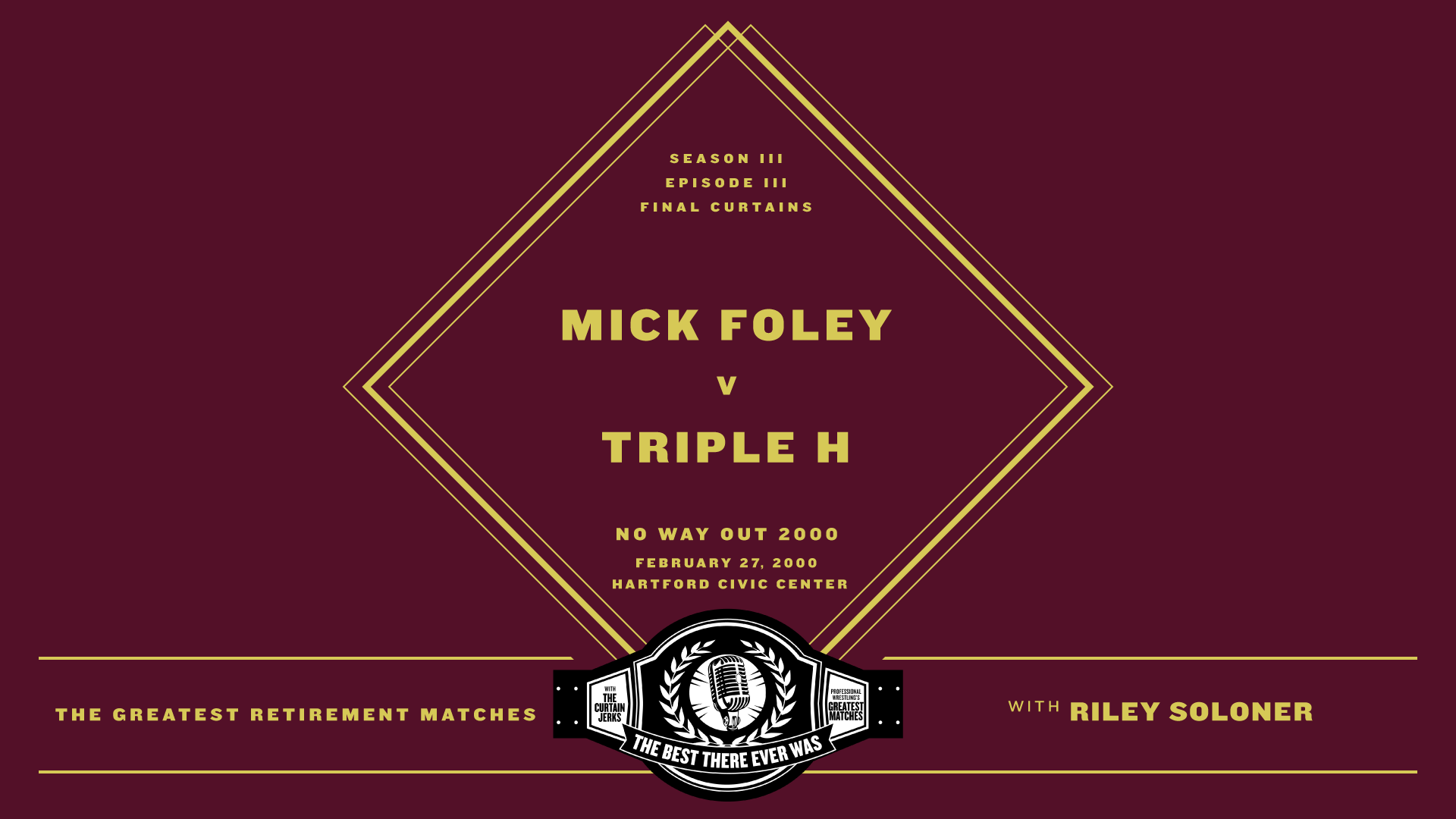 In the penultimate episode of our mini-season, The Curtain Jerks discuss the all-or-nothing Hell in a Cell match in No Way Out 2000 between Cactus Jack and Triple H. Joining them is Riley Soloner (The Chris Gethard Show, Xtremely Serious Wrestling) who, in the spirit of the match, puts his entire career as a podcast guest on the line.

In Season III of The Best There Ever Was we discuss wrestling’s greatest retirement matches.

Check out our episodes from Season I: WWE Hall of Famers and Season II: Wrestling’s Greatest Rivalries.