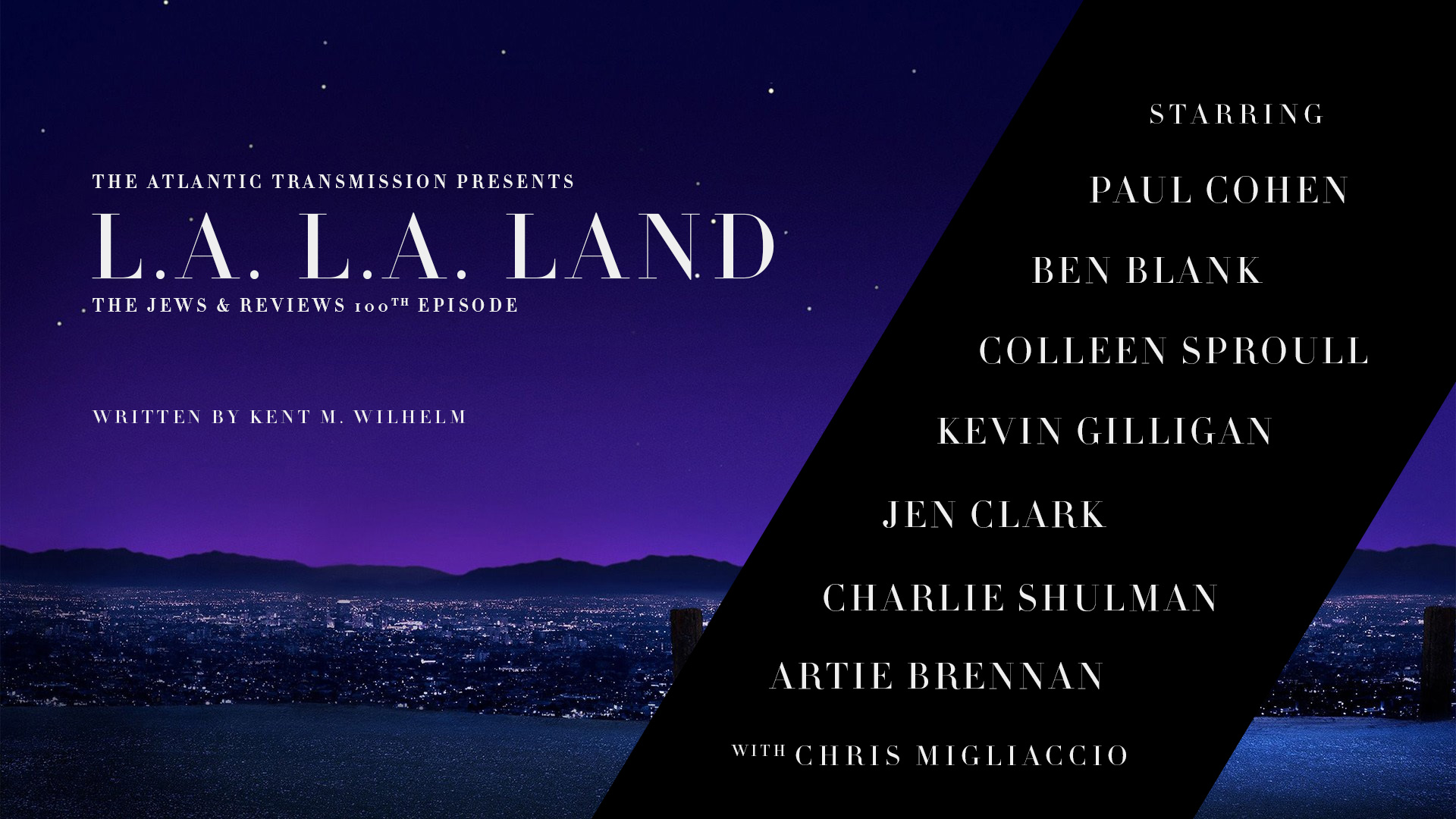 After being signed to a big-time podcast contract, best friends Paul & Ben arrive in LA (Los Angeles) only to find their deal wasn’t what they expected. Luckily for them, a bunch of their former guests are there to help them out. Can their friendship survive the cut-throat world of Hollywood?

Be sure to keep an ear out for the titles of all 99 movies that Jews & Reviews have covered!