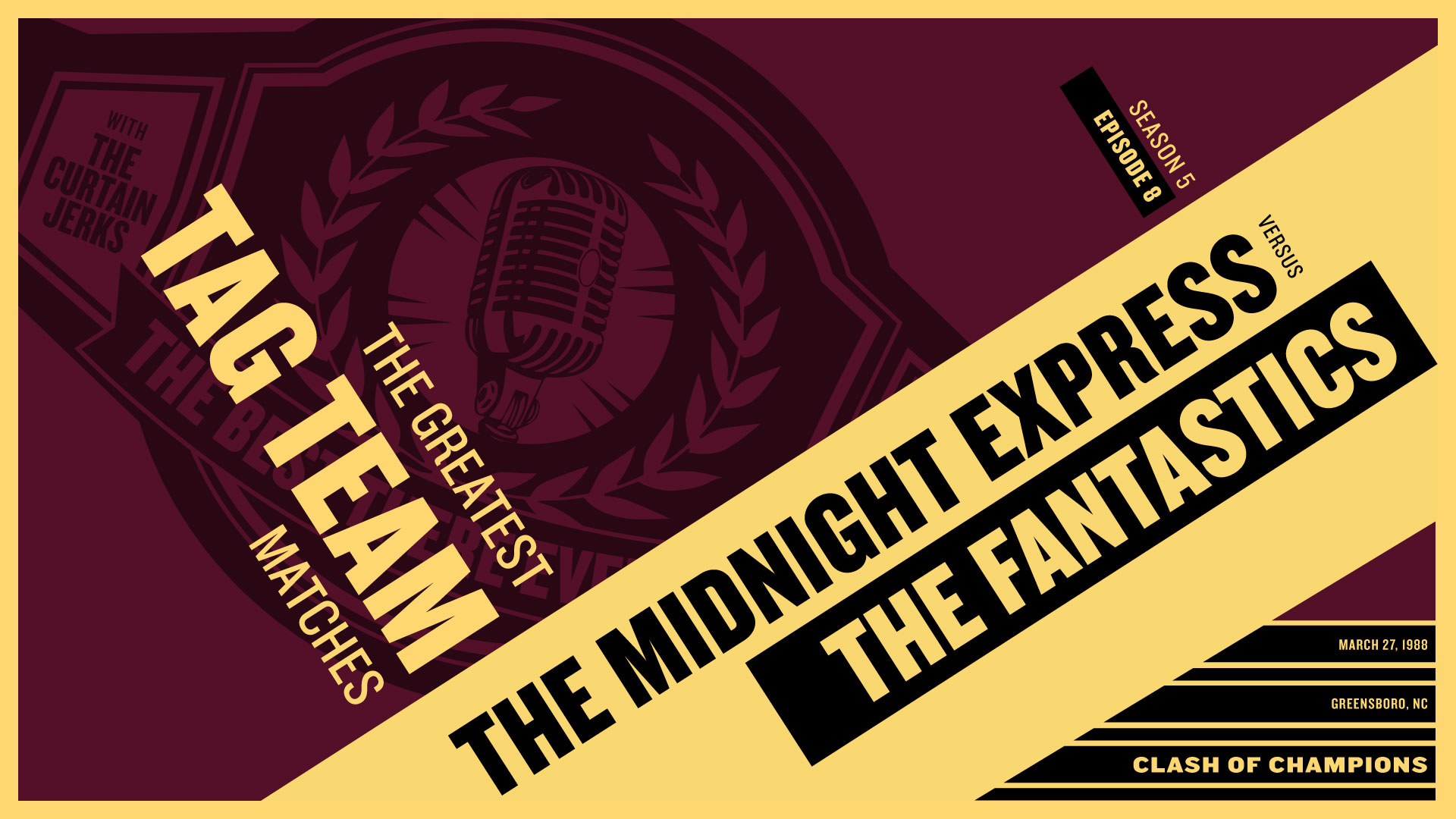 In the final episode of our season on the greatest tag team matches, Chris & Fax discuss a battle in the very first Clash of Champions where Bobby Eaton and Stan Lane take on Bobby Fulton and Tommy Rogers. Joining them is comedian and returning guest James Mattern.

In Season V of The Best There Ever Was we discuss professional wrestling’s greatest tag team matches.