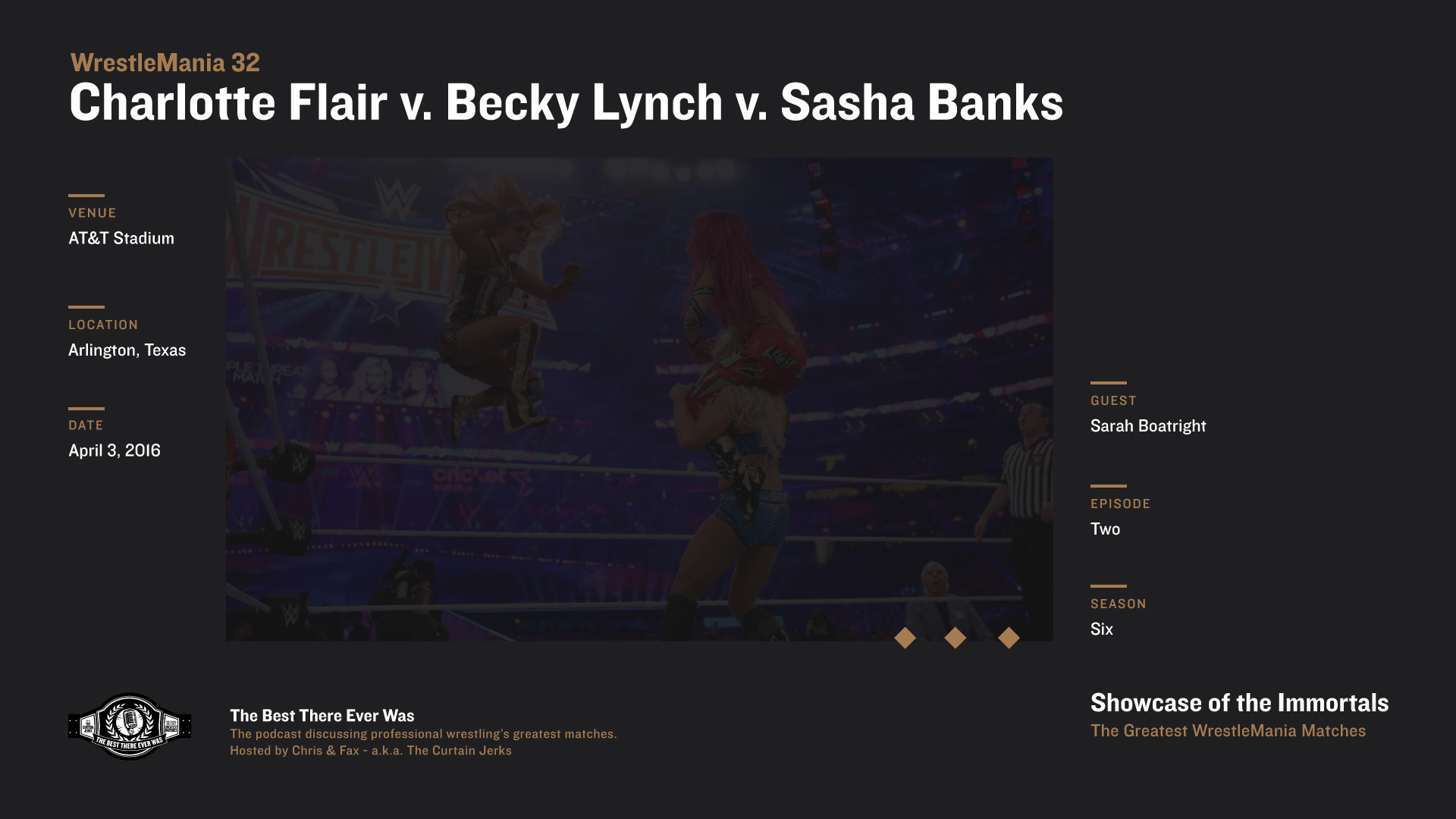 Chris & Fax discuss the Triple Threat Match for the first WWE Women’s Championship at Wrestlemania 32. A progressive moment for the WWE, the WWE Divas Championship as well as its signature “butterfly belt” was retired. Joining the Curtain Jerks is actor and XSW personality Sarah Boatright. Also, we hear the first installment of ‘Producer Kent’s Most Famous Questions, Ever’ as Chris, Fax, and Sarah are posed with a “villainous” question from an equally “villainous” figure.