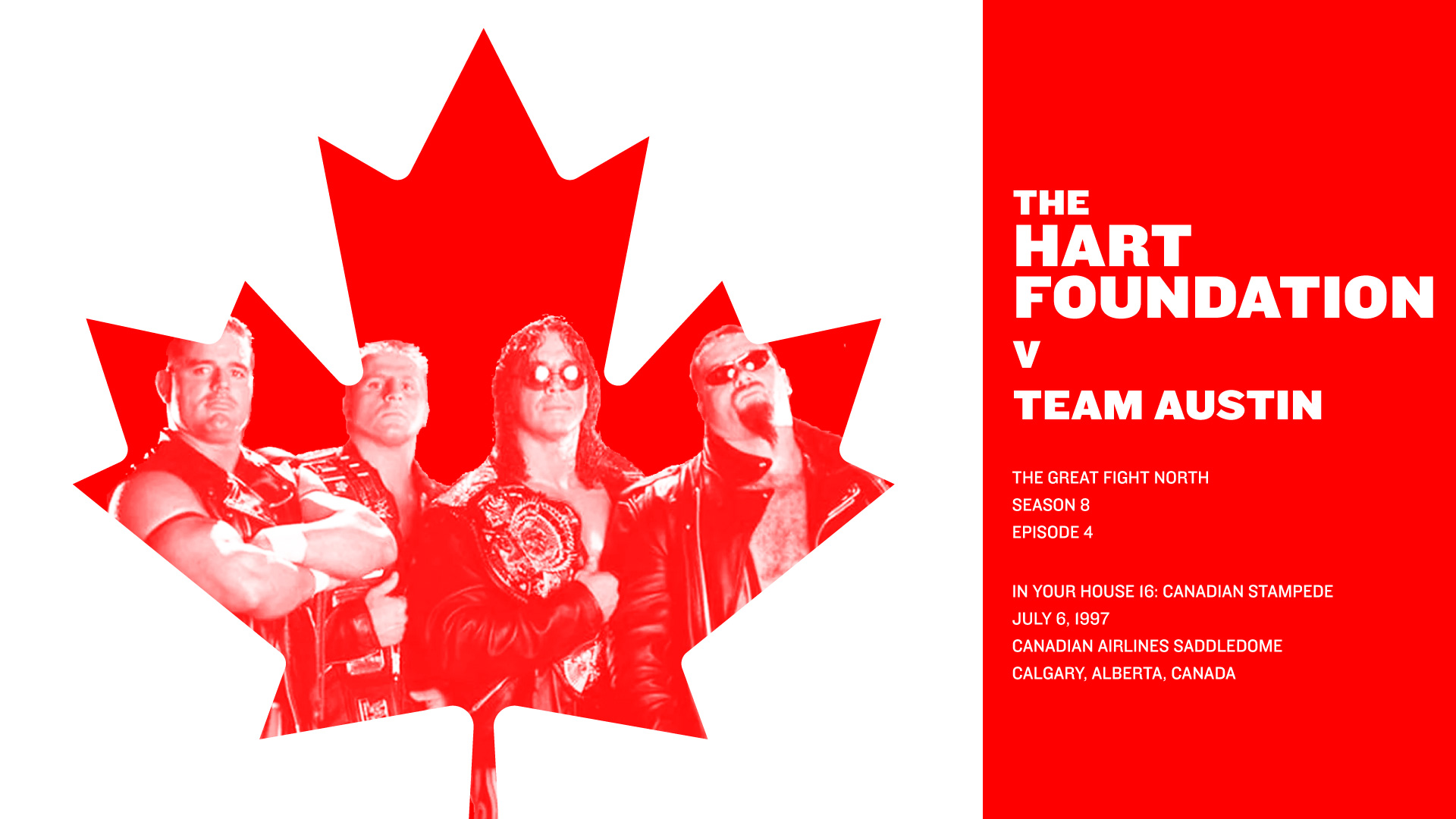 If you could distill down this entire season into one match, this might be it. In this episode the Jerks discuss the massive Ten-man tag team match that pit Bret Hart, Brian Pillman, The British Bulldog, Jim Neidhart and Owen Hart, a.k.a The Hart Foundation against Ken Shamrock, Goldust, The Legion of Doom (Animal and Hawk) and Stone Cold Steve Austin under the moniker of Team Austin at In Your House 16: Canadian Stampede. Joining them to discuss is famed non-Canadian Doc Diamondfire.