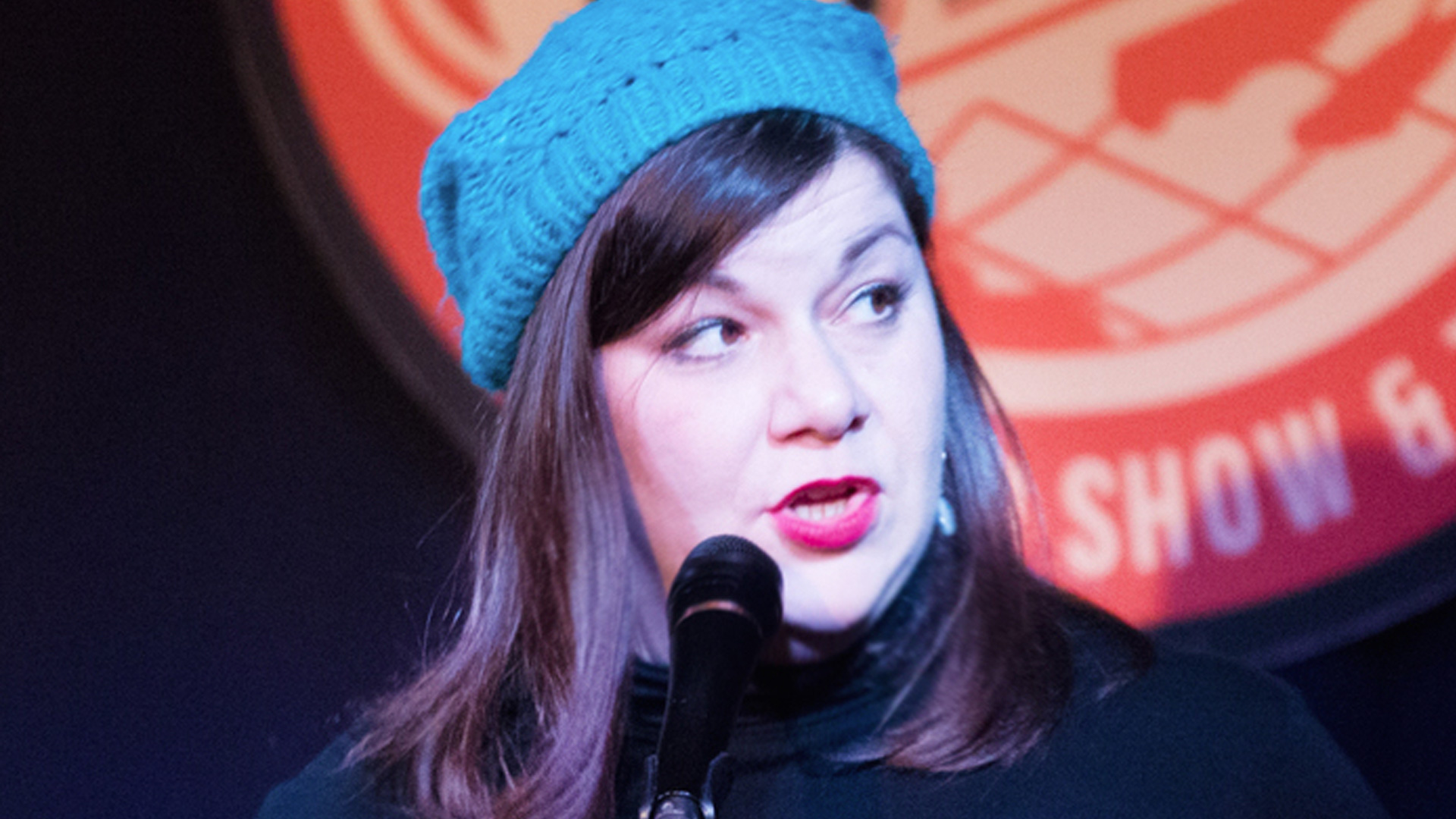 Jenn Wehrung hates writing bios almost as much as she loves baked goods! And MAN ALIVE, does she love a baked good! Jenn is from a tiny town in Central New York called Brewerton. She earned writing/theatre degrees from Syracuse University and has the years of waitress experience to back them up. She is currently Astoria based. She started doing stand-up in London many moons ago and has since produced for and performed on too many stages to count including Carolines on Broadway, Gotham, UCB, The Royal Hall for Cornwall (UK), Littlefield- just to name a few. She has been seen on The Wendy Williams Show, heard on BBC Radio, performed at The NY Fringe Fest and shared the autobiography she wrote in 6th grade on multiple Mortified stages which garnered her an appearance on FOX News. Jenn is the voice of the Mom in the audio book for Jeremy Thatcher, Dragon Hatcher (Random House) which makes her cooler to her niece and nephew. Her burlesque alter-ego, Bella DaBalls often gets more work than she does and done her thang at The Mermaid Parade Ball, The Knitting Factory The Slipper Room and more. Bella is a company member of Forbbiden Kiss. (Are we in like, 3rd person once removed at this point?)