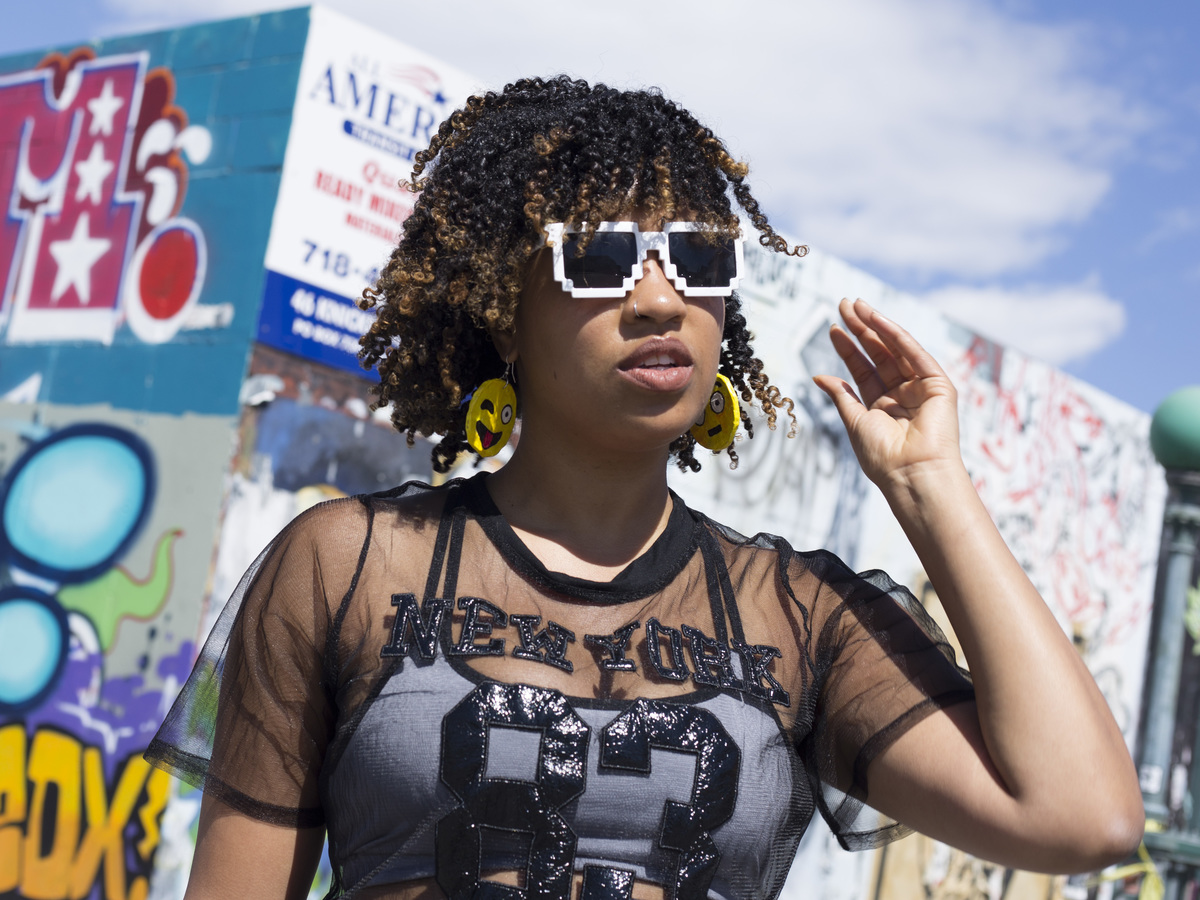 Miss Eaves is the feminist sound storm of Brooklyn based multimedia artist Shanthony Exum. Her fierce femcee electro-pop-rap-dance-explosions were born as a phoenix arisen from the hot fire of both a band and romantic break-up, and she has since spread her wings and played music around the world. Miss Eaves’ brazen, patriarchy push-back, it’s my body, take-no-shit lyrics are rabid animals of honesty. “Hand down my pants I flick the bean. My boo ghost but I don’t need him. Five digits gonna make me squirm and scream. This is all on me.” She says in “Hump Day,” which was was featured on Glamour, Huffington Post and Refinery 29. Her 0 fucks attitude landed her an invitation for a European tour with collaborator and friend, Surfing Leons (Belgium) as well as a tour with Wheatus, MC Frontalot and Tune Yards. She has also killed the stage at Tomorrowland, TomorrowWorld and Dour and Les Rockomotive.

Not only a beat slayer, Miss Eaves is a paper mache addict and a bad-ass with a glue gun. A true multi-media junkie, she directs and art directs all her videos plus designs her own merchandise. Drawing inspiration from Frida Khalo, Michel Gondry, MIA, Santigold and Sia she is determined to show the world she is about that DIY life. MC Frontalot once told her: “You aren’t crafty…this is too well-made to be just crafty. You are a fabricator.” And trust, she will take you on a rollercoaster through her imagination.

Miss Eaves’ latest, Feminasty, out on August 4, 2017, was a year-long labor of love produced by longtime collaborator KEISHH and recorded during a winter in Montreal, Canada, which is nasty cold. Feminasty plays on term Femi-Nazi and Janet Jackson’s line, “Ms. Jackson if you’re nasty.” Its funny-as-fuck cutting commentary will melt your brain into a nasty pile of feminism. “All these little fuck boys All these little fuck boys. Dudes on my clit yeah, I’ve had enough boys.” This is how Miss Eaves rolls.