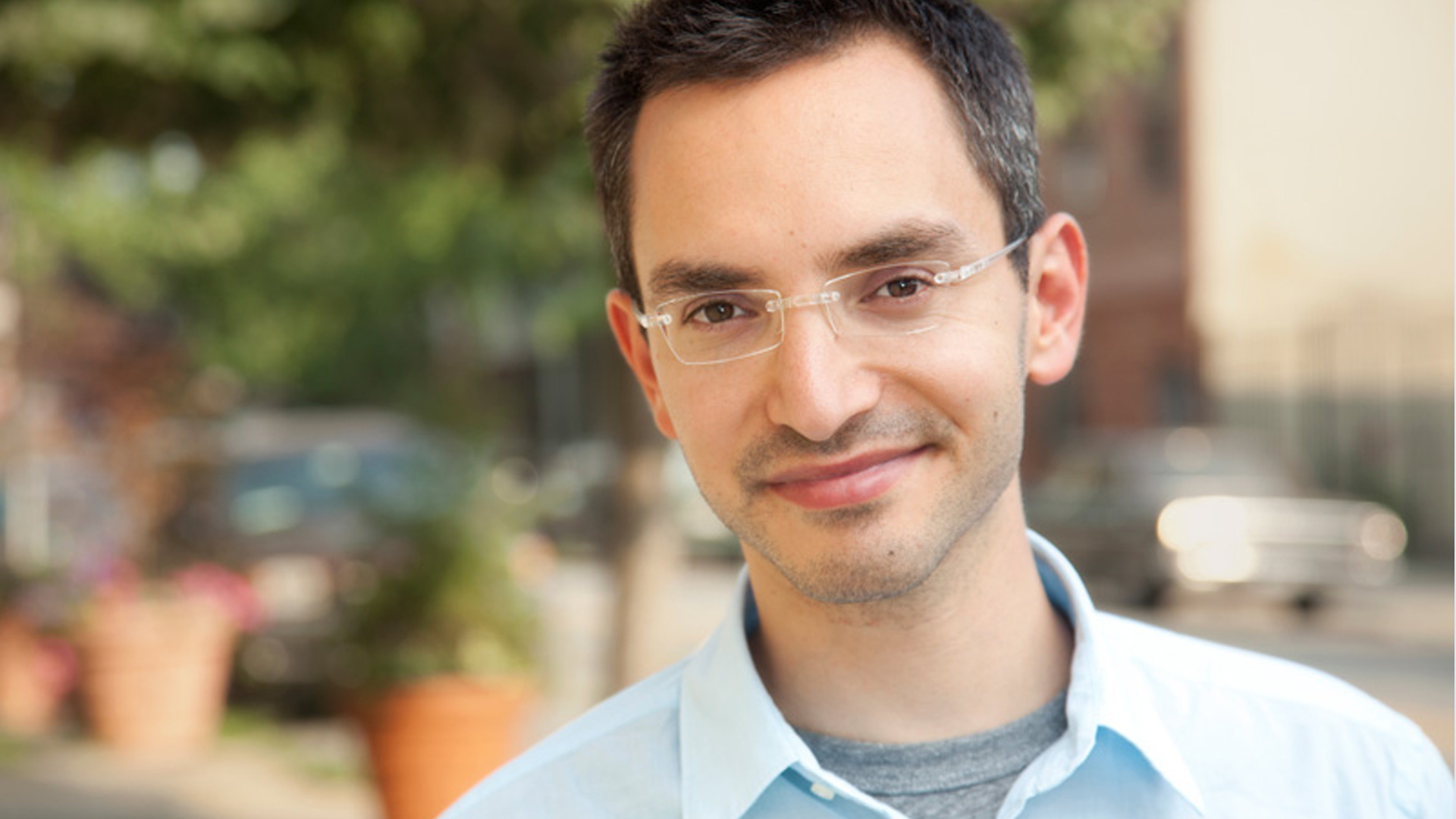 Myq Kaplan is a comedian named Myq Kaplan (pronounced “Mike”). He is a 2010 Last Comic Standing Finalist and has appeared on the Tonight Show with Conan O’Brien, the Late Show with David Letterman, Comedy Central Presents, and all the other places he’s been. You can listen to Myq’s podcast, Hang Out With Me, on the Keith and The Girl network. His debut CD, Vegan Mind Meld, was one of iTunes’ top ten best-selling comedy albums in 2010, followed by Meat Robot in 2013 and his one-hour Netflix special Small Dork and Handsome in 2014.