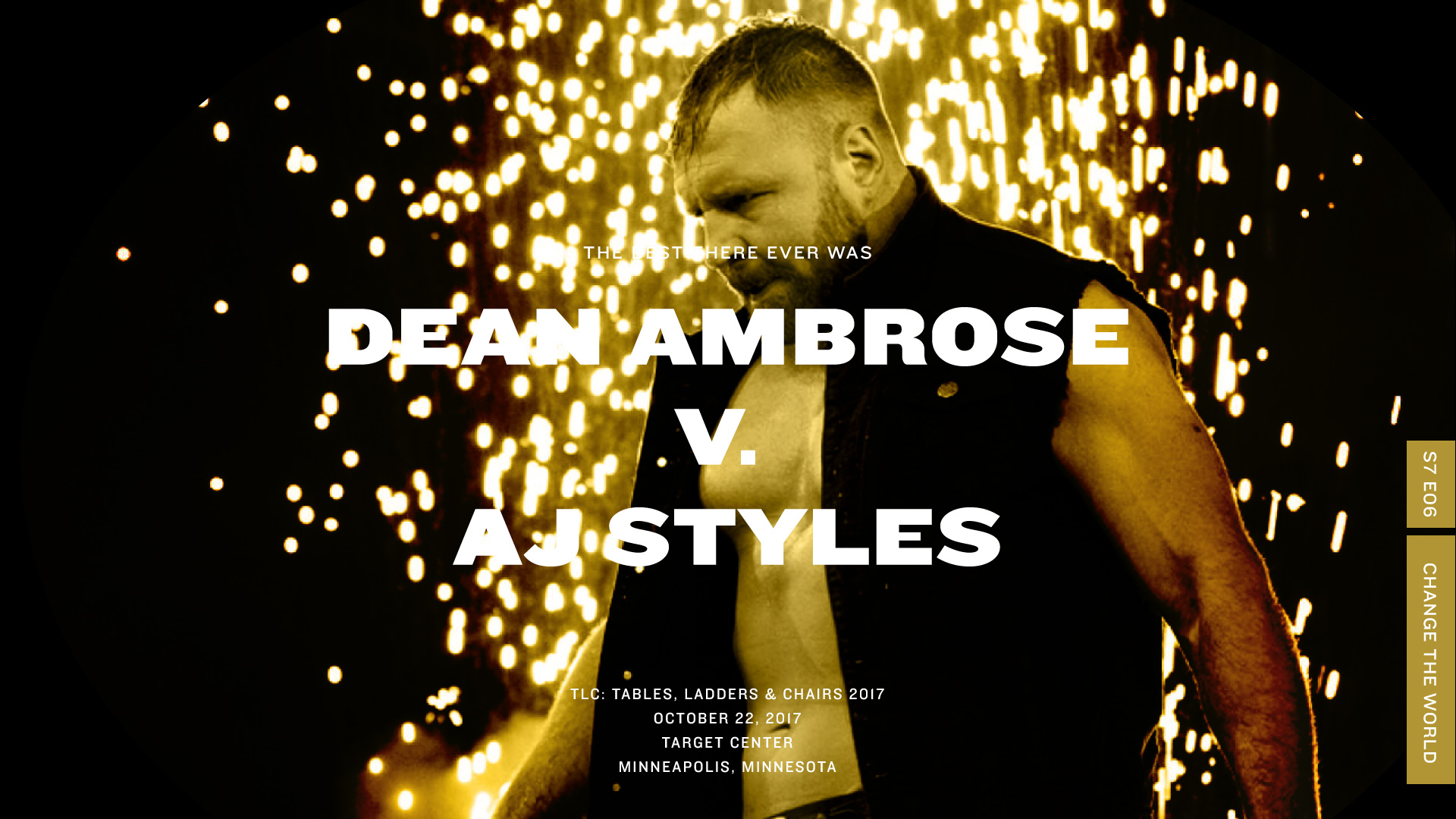 In a late addition to our season’s card, we finish our focus on AEW with a wrestler who came out of nowhere to help “change the world”.

Before Jon Moxley thrilled at Double or Nothing, Dean Ambrose was kicking around the WWE.

The Jerks discuss the main event match for the WWE Championship between Dean Ambrose and AJ Styles at TLC: Tables, Ladders & Chairs 2017.