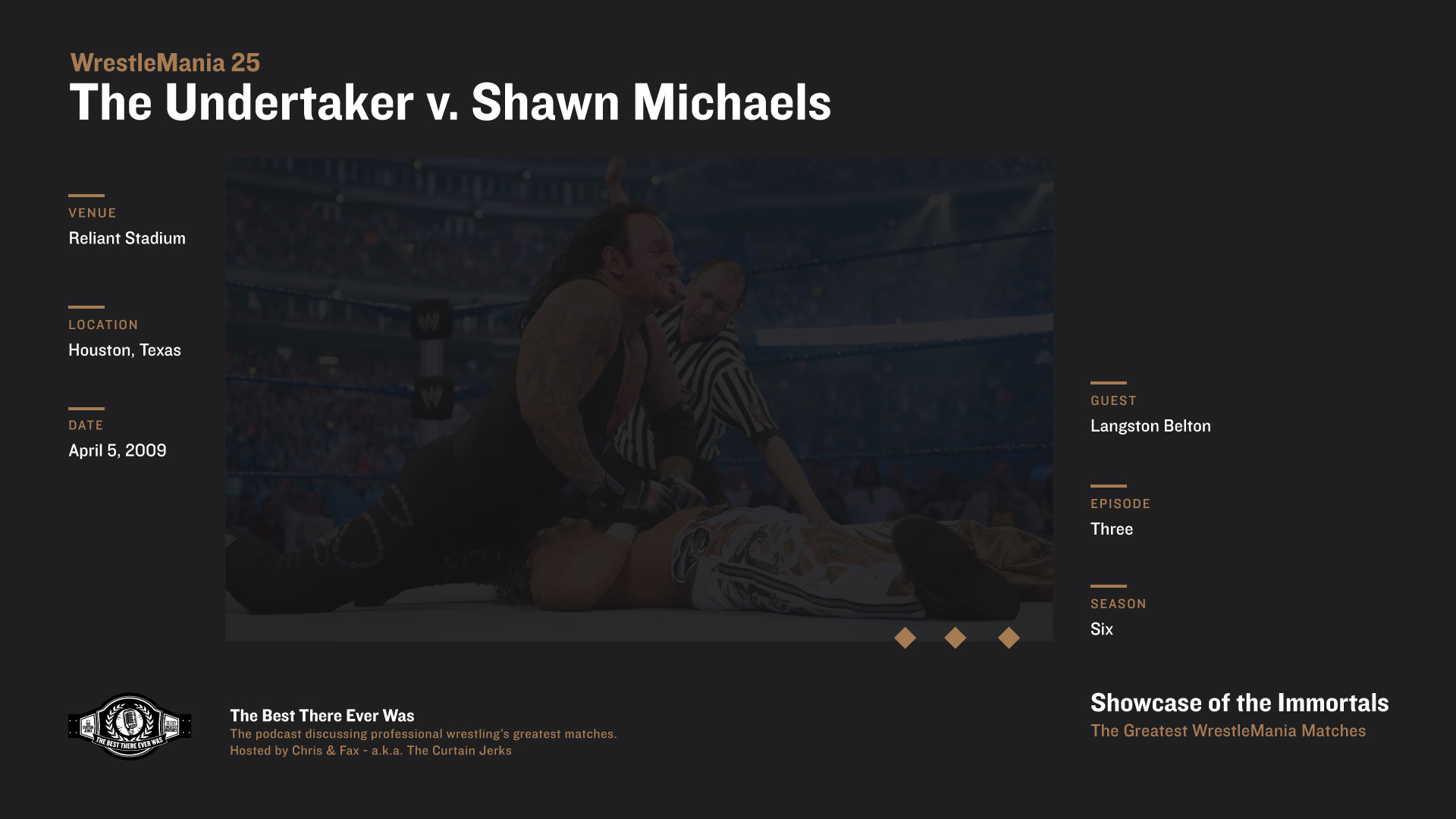 In this episode we discuss a match that wasn’t even the main event of it’s respective WrestleMania. However, it’s intensity and folly made it one for the books. Chris & Fax discuss The Undertaker and Shawn Michaels’s Triple Threat Match at WresleMania 25.  Joining them (finally) is Langston Belton (Marvel’s Earth’s Mightiest Show). We also get another installment of Producer Kent’s Most Famous Questions Ever with help from one of the greats.