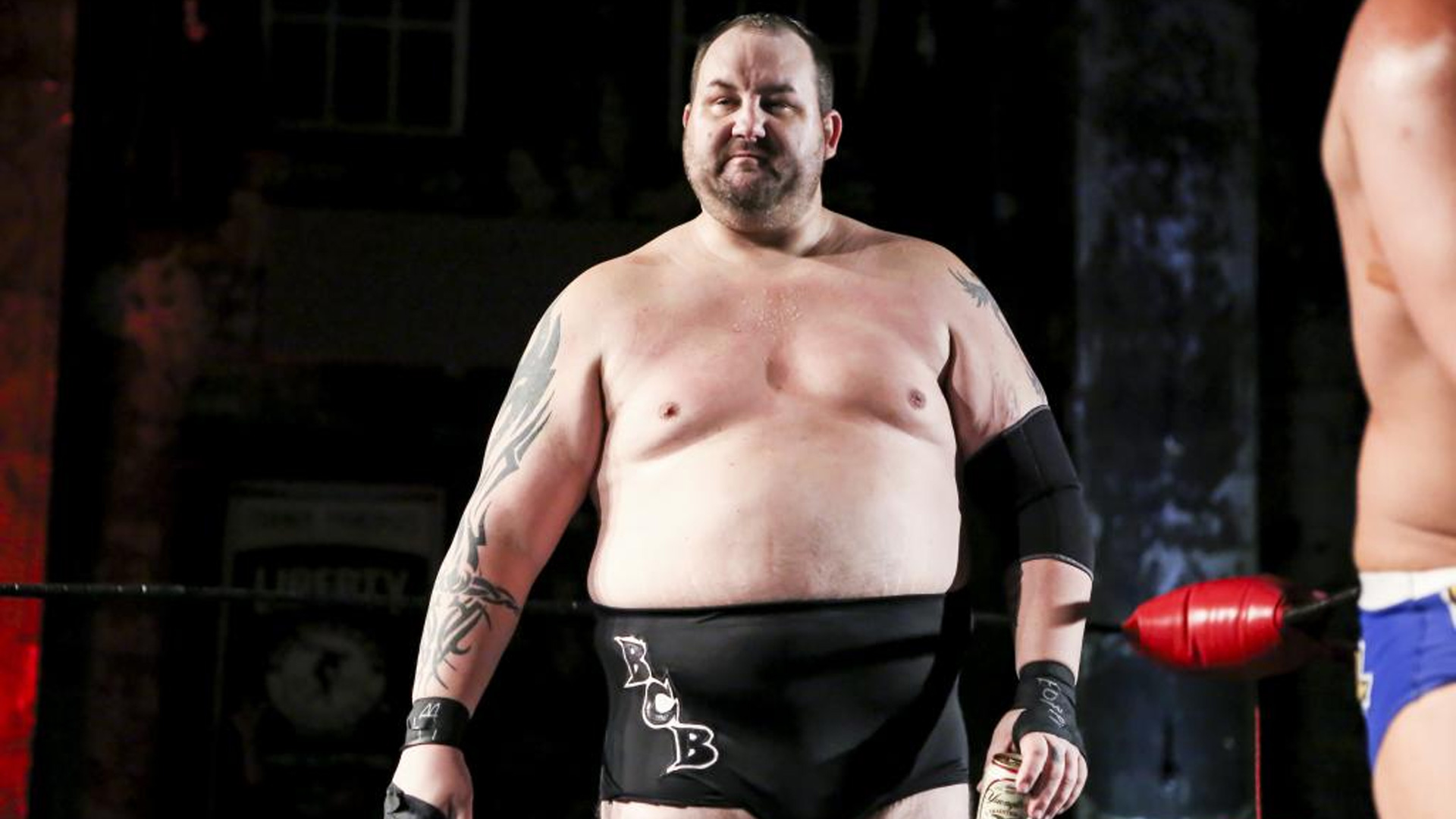 Beer City Bruiser (a.k.a. Matt Winchester), a cigar-chomping 300-pounder from Milwaukee, is every bit the barroom brawler his name suggests. But it’s highly unlikely there are any barroom brawlers who are as agile as Bruiser. His offensive arsenal includes a frog splash and a senton off the apron.

Bruiser made his initial impact in Ring of Honor in the 2015 Top Prospect Tournament and later formed a tag team with fellow Wisconsin native Silas Young. The rugged duo won Tag Wars 2016. The following year, Bruiser made headlines when he broke Jay Lethal’s ribs with a frog splash off the top rope that sent Lethal crashing through a table outside the ring, In 2018, Bruiser formed a tag team with another 300-plus-pound brawler with surprising agility in Brian Milonas.