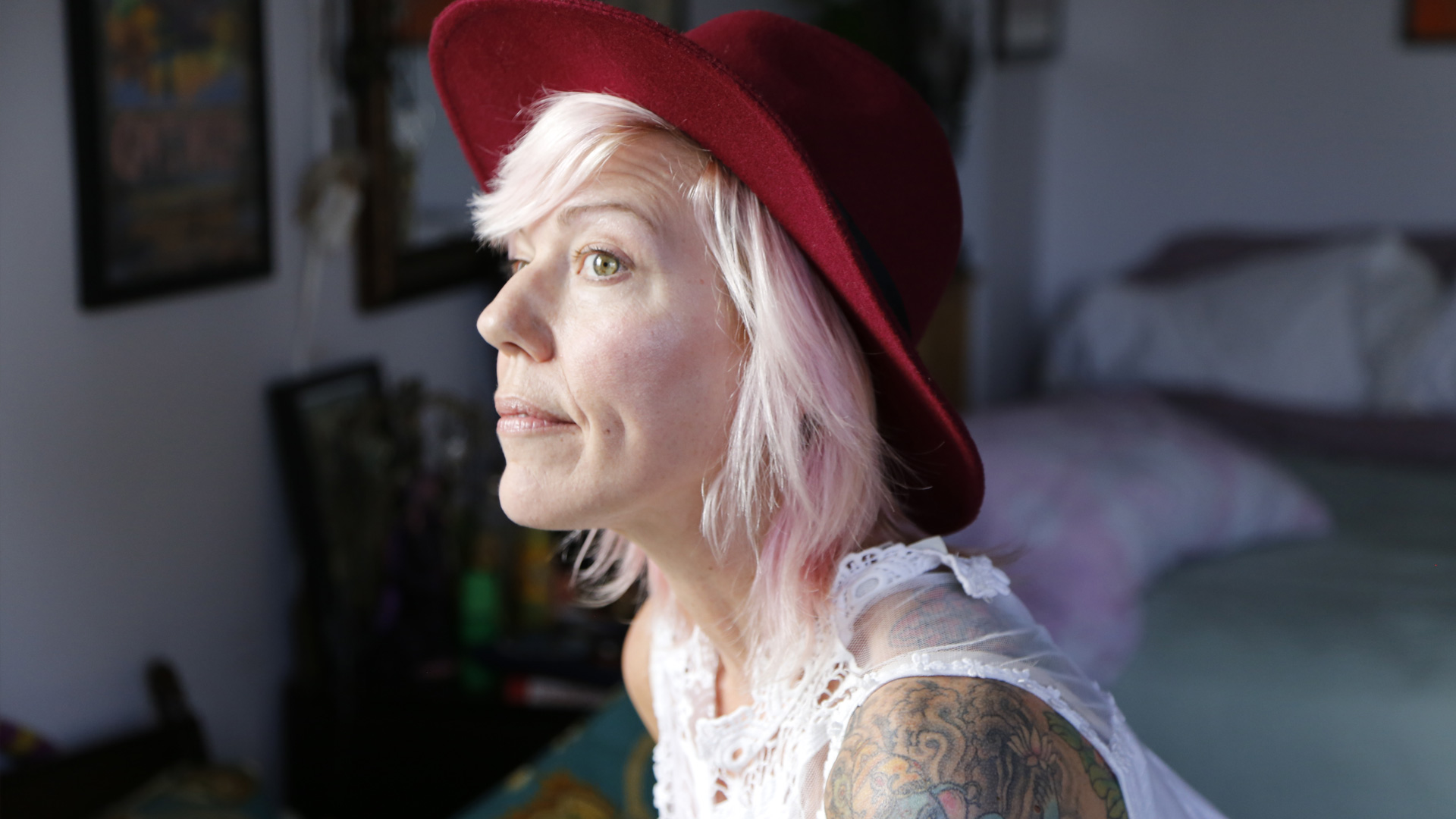 Raised a hippie, Jess Wood was told not to recite the Pledge Of Allegiance, smoked so much weed her first word was, “ere!”, and didn’t wear underpants until she was ten years old. Trying to rebel as a teen she started to hang around gangs, but after too much pcp, and a bullet in her knee,  Jess decided she’d leave LA and move to NYC. In New York, she met the Jewish family she never knew, but she also found a home in heroin and the dealers who sold it to her. Death and jail seemed normal but Jess somehow had a sense of humor through all of it. Jess turned to comedy for relief, sobriety, and a sense of self. She’s happy to be here alive and well and able to tell her story. Look for Jess all over the place! If she’s acting, telling her crazy stories and doing stand-up comedy, catch her. Want a lil Wood right now? Watch  Jess on AXS TV or listen to her host ‘GET WOOD.’