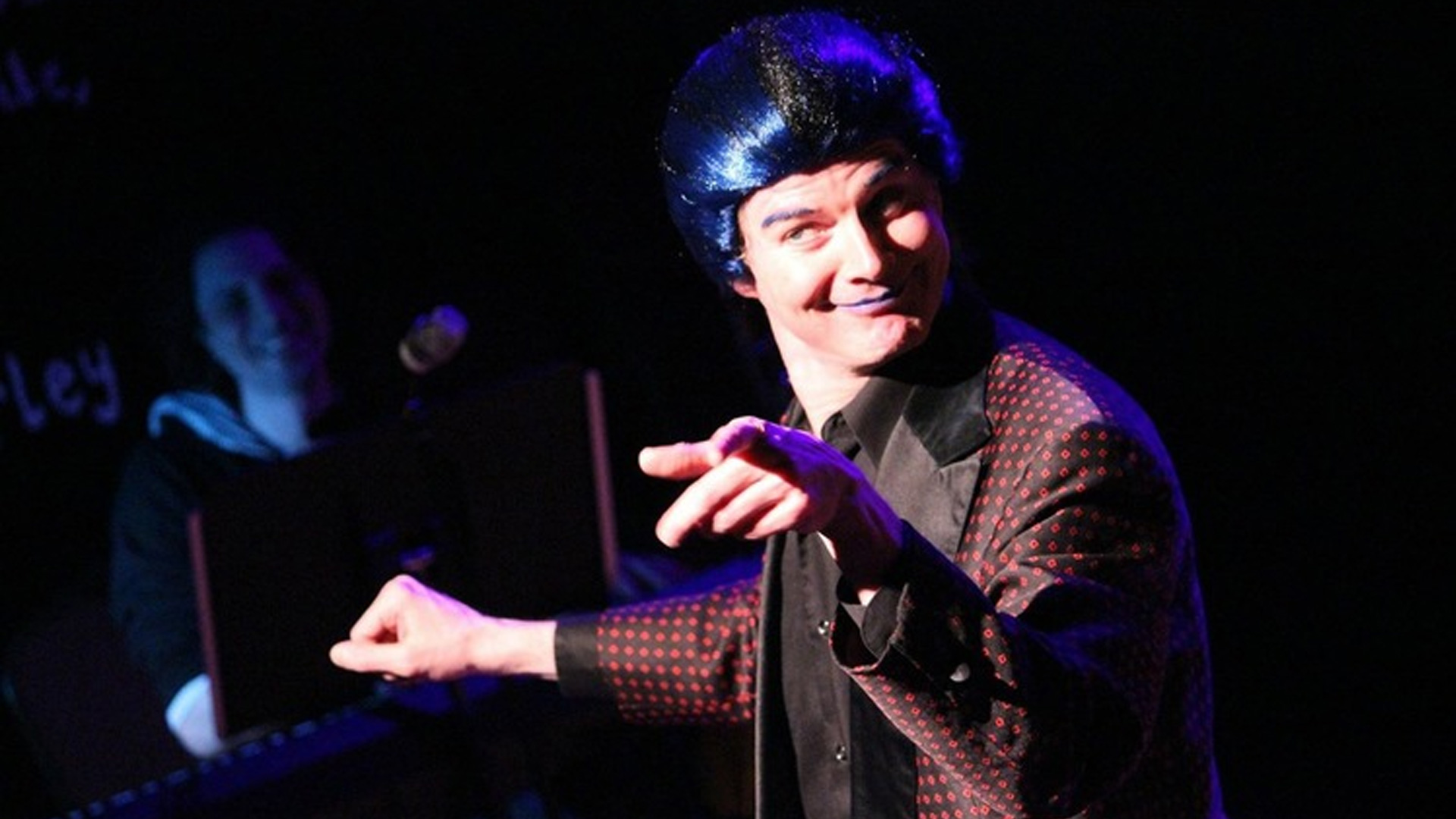 Pat Swearingen is from Danville, Illinois. Gene Hackman and Dick Van Dyke are also from that city. I’m just sayin’. You can catch him with his improv house team Hero Complex every Wednesday night at 9 o’clock. He also performs regularly in the show “Made-For-TV-Movie” and was in the original casts of the “Unauthorized: The Musical” versions of “Back To The Future” (Doc Brown), “The Hunger Games” (Caesar) and “Nightmare on Elm Street” (Freddy Krueger). Having studied at The PIT and UCB, Pat is lucky to be a much in demand improv coach and his favorite credit is teaching kids how to act and write plays for eleven seasons at the Williamstown Theatre Festival through an extension of the 52nd Street Project. Also, if you don’t blink, you can catch him dancing at the club in the “I’m Rick James, b***h!” sketch for “Chappelles’ Show”.